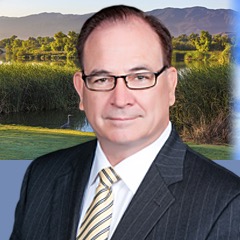 August 8, 2016
CONTACT:Bill Bird @ 916-651-4029
State Capitol Rally Wednesday over Fears of Racial Profiling
Silicon Valley Chinese Association and Others See Dangers Posed by AB 1726
SACRAMENTO: A number of organizations within the Asian/Pacific Islander (API) community will hold a rally this Wednesday to demonstrate growing concerns and unease among many in the API community regarding AB 1726. The rally against the measure will take place this Wednesday, August 10th, on the west steps of the State Capitol. The protest is scheduled to begin at 11:15 AM.
AB 1726 would require California Community Colleges, the California State University and the University of California to break down Asian/Pacific Islander (API) data they collect to reflect more specific categories of API students. It would also require the Department of Public Health and the Department of Health Care Services to use additional collection and tabulation categories for API data.
“As the representative of the largest population of API constituents in the State Senate, the concerns and fears I’ve heard regarding AB 1726 are very real and justified,” said Senator Huff. “Although the author’s intent for further information appears to be sincere, data just like this has been used in the past to hurt API communities.
Senator Huff pointed out during a Senate Education Committee hearing on AB 1726 held earlier this year, that this type of racial profiling data helped to aid Congress in the crafting and passage of the Chinese Exclusion Act of 1882, which restricted Chinese immigration to California up until it was ultimately repealed during World War II. In addition, the U.S. Secret Service used similar information to round up Japanese-Americans for imprisonment in internment camps following the attack on Pearl Harbor.
The Governor vetoed an almost identical bill by the same author, AB 176, last year. In his veto message, the Governor wrote, “To be sure, there is value in understanding data on race, ethnicity, gender and other aspects of identity…Despite this utility, I am wary of the ever growing desire to stratify. Dividing people into ethnic or other subcategories may yield more information, but not necessarily greater wisdom about what actions should follow.”
Numerous organizations have stepped forward to oppose the legislation. But their concerns were largely ignored during the most recent committee hearing on AB 1726. These organizations include the Dublin Chinese Association, Foster City Chinese American Association, No Tower In Schools, San Ramon Chinese Association, San Diego Asian Americans for Equality, Small Hand, Big Hand, Silicon Valley Chinese Association and the California Department of Health Care Services.
“The goal of this Wednesday’s rally is to give a voice to a large community of Californians who feel that their concerns have been ignored,” said Senator Huff.
See Senator Huff http://huff.cssrc.us/content/senator-huff-supports-asian-pacific-islander-community&source=gmail&ust=1470786122890000&usg=AFQjCNH2drDeOQbhaQ3PTw0sawsrD0lf-A">state his concerns to AB 1726 during a hearing before the Senate Education Committee.
Senator Huff represents the 29th Senate District covering portions of Los Angeles, Orange and San Bernardino Counties. Follow Senator Huff on Twitter at @bobhuff99.